Jack Matthews: The Art (and Sport) of Book Collecting

Many authors rail against  the inanities and injustices  of the literary marketplace; Jack Matthews plays it like  a  game. And if you’re playing, it’s a lot more fun to play as a book collector than as an author. The book collecting sport is part treasure hunt (Matthews calculated  that over his lifetime he had driven more than    a million miles in search of books) and part casino. Which books are likely to appreciate in value and which ones are likely to plummet? These are fundamentally economic and recreational questions, not literary ones. Jack Matthews is a cheerful capitalist (delightfully bargaining people down and unapologetic about showing up at estate sales to buy rare books from clueless relatives of the deceased). Although Matthews is primary a fiction writer,  his 1977  best selling book Collecting Rare Books for Pleasure and Profit is a practical guide for how to turn an expensive hobby into an occasionally lucrative pastime.

First and foremost, Matthews believes that books are economic creations:

Even the finest, most beautiful, most desirable books have cost money; they have been paid for at sometime, by someone; even if they were lovingly constructed by one man, from the papermaking to the designing and casting of the type, and then bestowed upon others as gifts, somebody had to pay for the raw materials and previous workmanship. We live in that kind of world. It is, among other things, an economic world, and any object that possesses – or is considered to possess – value is likely to wear some kind of price tag. Whatever has a price tag shows some character and potential as an investment. (CRBFPAP, p 55)

When he once asked author and bookstore owner Larry McMurtry what he thought about investing in rare books, McMurtry replied, “We don’t like customers who regard books as investments. Also I don’t like being collected, although I like being read.” Matthews sardonically adds,

Unquestionably, the rest of us should feel grateful for the existence of such high-minded folks; they make the world just a little better for all of us. (CRBFPAP, p 57)

Rare books are generally not thought to be reliable investments, but that is missing the point.  The most impressive “investments “  are old books which are bought for pennies and sold later for higher prices. Matthews rejects the claim that collecting rare books ignores their true literary or spiritual value. What  silliness! He adds:

It is a similar silliness to pretend that buying books “as an investment” is incompatible with scholarship or the true love of literature; Quite the contrary; it is the man who divides his love of literature from the material life who is the true heretic, using only the public library or the niggardly functional paperback for the leavening of his sensibility, and investing his money in Ford Motor Company and AT&T stock. What a dreary divarication is this, and how schizoid and truly mercenary is the man who plays such a nasty game against himself! To invest in books does not imply that the collector intends to sell them; he merely buys them with the conviction that his taste in honoring them will be validated by posterity and that – with effort and know-how comparable to those of other investors – this validation will have a dimension of financial profit.  The investment aspect of collecting is utterly fascinating, for it carries with it the excitement of competition in skill, expertise and taste. Often, too, there is the added excitement of the chase, in the auction room, the book fair and in the “field,” tracking down literary manuscripts, letters or rare titles.  (CRBFPAP, p 6-77)

Part of the reward is the fun inherent in collecting. Matthews writes:

The way to be happy, an unhappy man once claimed, lies in being occupied with the perfectly trivial. Happiness is itself not at all trivial, however, even though its poor cousins pleasure and entertainment may be considered so. What explains the mania some people have for collecting such objects as rocks, empty whiskey bottles, noncirculating coins, carnival glass, butterfly corpses, and old dueling pistols? Quite independent of any aesthetic value, and independent of any negotiable value they might acquire because of the similar passions of others, there is a simple joy in collecting them. This joy to collect seems intrinsic, for very young children possess it and soon extend the simple delights of touching and owning to include those more sophisticated delights of building and ordering.  (CRBFPAP, p 13)

But the journey is also part of the fun. When  hunting for books, you are usually not seeking a specific title but simply awaiting the unexpected.  Leaving things open to chance relieves the individual of the burden of decision-making and opens new adventurous possibilities:

The psychological rewards of aleatory choice are considerable. Independent of any rational defensible premise for belief, there are symbolic reasons for employing it. However, entered upon, and whatever the consequences, the quasi fatalism inherent in such behavior is balm to us as we blunder wild-eyed and panting through the daily jungle of decisions. Balm, and something like sanity. (Booking in the Heartland, p107)

That leaves the individual book collector with a sense of destiny:

…when Heliodorus’s book and I were introduced, two histories converged: one of over three and a half centuries and the other somewhat less. As a book collector, I find myself verging upon a superstitious belief in signs. If I hadn’t stopped at that downtrodden little erstwhile filling station in western Virginia, then I wouldn’t have gotten one of the most cherished books in my collection. If you look hard enough, and search with enough energy, books seem to come alive in ways different from the metaphorical life we know they possess: they seem to come to you as much as you come to them, pretty much as you witness fence posts, telephone poles and advertising signs approaching as you ride in a passenger car. (BITH, p12)

But  what good is a chance encounter with a book if that book has no value?  Some books affect and edify us more. But how does one determine value?

First, there is the idea of scarcity (which can easily be manipulated).  In “The Abasement of the Northmores” by Henry James, a widow named Mrs. Hope  publishes all her dead husband’s intimate letters into a single volume and prints exactly one copy (which she hopes will be printed in another edition for the rest of the world to read). About this imaginary book, Matthews asks: 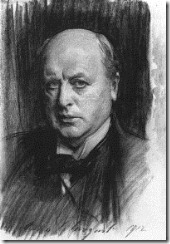 Is poor Mrs. Hope’s single-copy first edition a rare book? One might think so, for it was indeed the only extant copy. The point of the story, however, requires that we understand that it not a rare book, it was merely scarce. To be rare, it would have to be valued by more than the author’s pathetic window. It would, in fact, have to be somewhat generally conceded to be worth having. It would have to be desired at the level of affluence (what if a single copy of an unknown book by James himself were discovered!); it would have to be sought after, as well as scarce, to be properly classified as rare.  (CRBFPAP, p 28)

Next, there is the value of “first editions” which are not only rare but bring the reader back to the original context in which the book was produced. Matthews writes:

… (T)he style of Trollope’s time, as well as that of the man himself, is expressed in the physical book — the paper, the binding, the illustrations, the type. The first edition possesses its own signature; it is the book as Trollope first knew it, and it thus possesses a validity that later editions — even skillfully produced facsimiles, and even those that followed almost immediately — do not possess symbolically …

…The collector of first editions is therefore concerned with the genuine and natural state, in both these old-fashioned conceptions, of the books he honors and desires to own.  This is one aspect of the reality he desires. (CRBFPAP, p 22-3)

A book can acquire accidental value by virtue of its historical context or the reality it reveals. I will discuss  this kind of valuing  in more depth in a later essay.

But what about the opinion of literary critics and generations of readers? Don’t they count for a work’s valuation also?  Of course they can and do, but these estimations are actually taken into account into the overall perception of price and value. Remember – Matthews says — “price is a metaphor” (CRBFPAP, p 26).  It is foolish to regard the current price (or any price) of a book as an objective statement of the book’s value; instead it merely reflects the market value given to something during  a certain snapshot of time.  Only time will tell if this relative value will rise or fall; does anyone  care to speculate?

To the contemporary ebook enthusiast, talking about rare books seems both quaint and ridiculous. After all, books can be published on the fly and in abundance; digital copies and piracy ensure that people are never lacking in reading material. One week, the whole world is talking about the new Harry Potter book or the latest Sarah Palin memoir; the next week, these kinds of books are everywhere: at supermarkets, airports and yes even on file-sharing sites.

Jack Matthews has written widely about the literary marketplace of previous centuries;  but how much really has really changed? Aren’t  the  fundamental questions the same?  How do I find good  things to read? How do I reach a wider audience?  How do I avoid reading too much crap?  How do I create the ideal reading experience?   What’s the best way to preserve or memorialize works which have given me pleasure or understanding? How can I ensure that my original investment in time or money will bring an adequate return?

Here are some random things to reflect upon:

This entry was posted in Uncategorized. Bookmark the permalink.

This site uses Akismet to reduce spam. Learn how your comment data is processed.